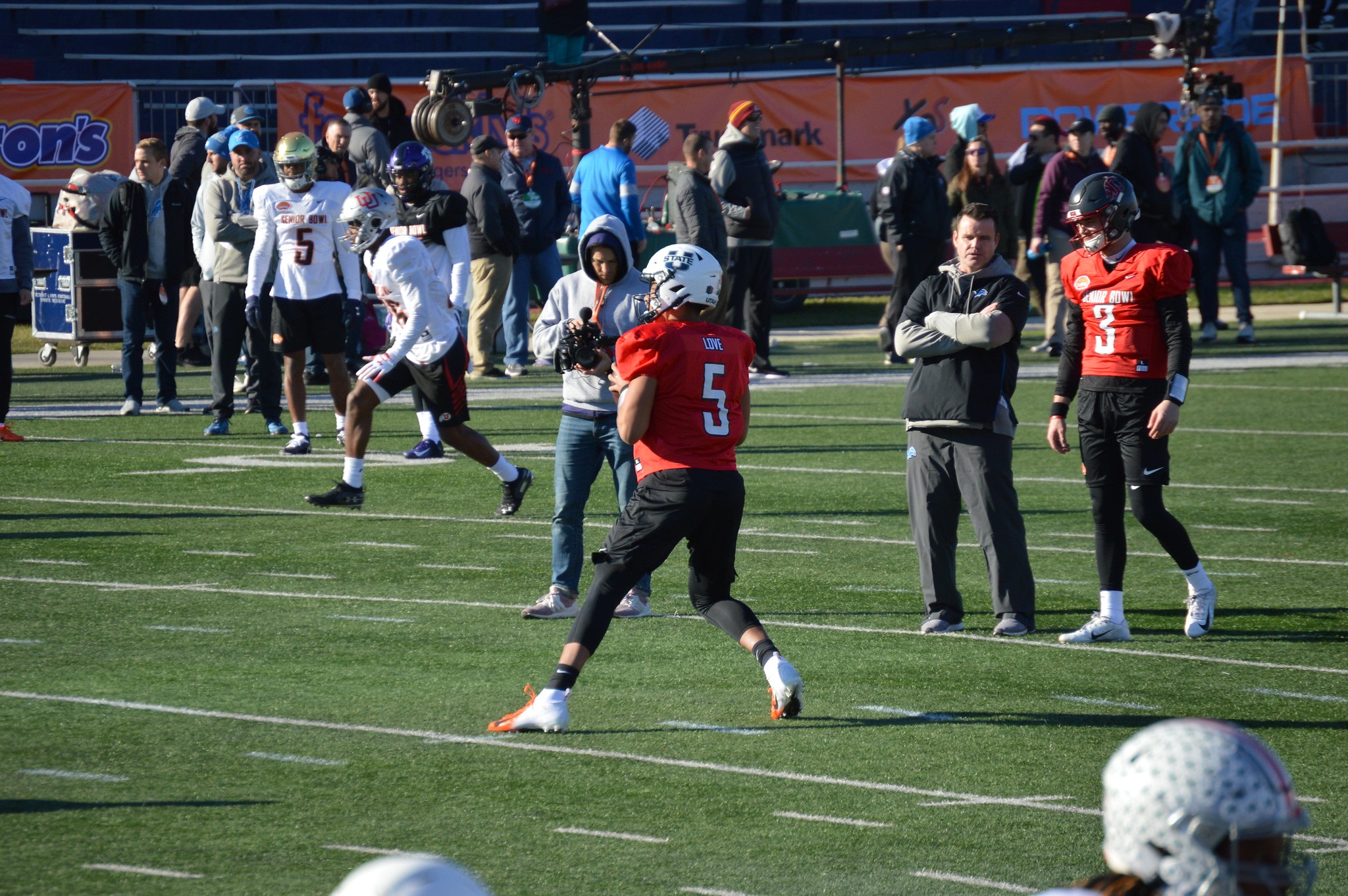 PROFILE:  After starting the final six games of his redshirt freshman season in 2017, Love had an outstanding breakout season the following year. He had 267 completions on 417 attempts (.640). He passed for 3,567 yards with 32 touchdowns and six interceptions, while also rushing for 63 yards on 43 carries and seven touchdowns. He finished the season first in the Mountain West and 10th in the nation in passing efficiency (158.3), second in the MW and eighth in the nation in passing touchdowns with 32, and was 13th in the nation in passing (274.4 ypg).  He set five single-season school records as a sophomore, including 32 touchdown passes, 3,567 passing yards, seven 300-yard passing games, 234 points responsible for and being named the Mountain West Offensive Player of the Week five times. For his efforts, Love earned second-team all-Mountain West honors from both the league’s coaches and Phil Steele’s Magazine.

Love finished his final year at Utah State in 2019 with 293 completions on 473 attempts. He threw for 3,402 yards with 20 touchdowns and 17 interceptions.  He set USU single-season school records in both completions and attempts. He earned honorable mention all-Mountain West honors and was named to the league’s third team by Phil Steele’s Magazine.

Love holds three Utah State career records with 9,003 yards of total offense, 12 career 300-yard passing games and four completions of at least 80 yards… Finished his career 689-of-1,125 (.612) passing for 8,600 yards with 60 touchdowns and  29 interceptions, and ranks second all-time in school history in passing yards, completions and attempts, tied for second all-time in touchdown passes, and is third in completion percentage… Had three-career 400-yard passing games, which are the second-most in school history… Was 21-11 (.656) as USU’s starting quarterback, which are the second-most wins in school history.

It means a lot. Just grateful for the opportunity, that Jim Nagy decided to invite me here. Be able to showcase my talents, it means a lot to me.

I just want to showcase my ability to make plays. My ability to pick up an offense I just learned and then go out there and implement it.

On the difficulty of learning and executing a new offense in a week’s time, especially considering that he is working with new receivers, tight ends and backs

Yeah, you know it’s something we’re all going through out here. Obviously, it’s a challenge, but they want to make it challenging for a reason. To show what you can do in tough situations. Something where I just gotta go out there and put my best foot forward.

I would say, “just be me”. Don’t try and fake it or anything like that – just be me.

On how he would evaluate the quarterback class coming out

On his experience playing against LSU this past season

Oh yeah, it was an awesome environment to be in, to go up there to LSU. It’s one of the best places to play in the nation right there. Playing THE top team in the nation. Obviously, didn’t have the game we wanted to as a team. But still a good little learning experience.