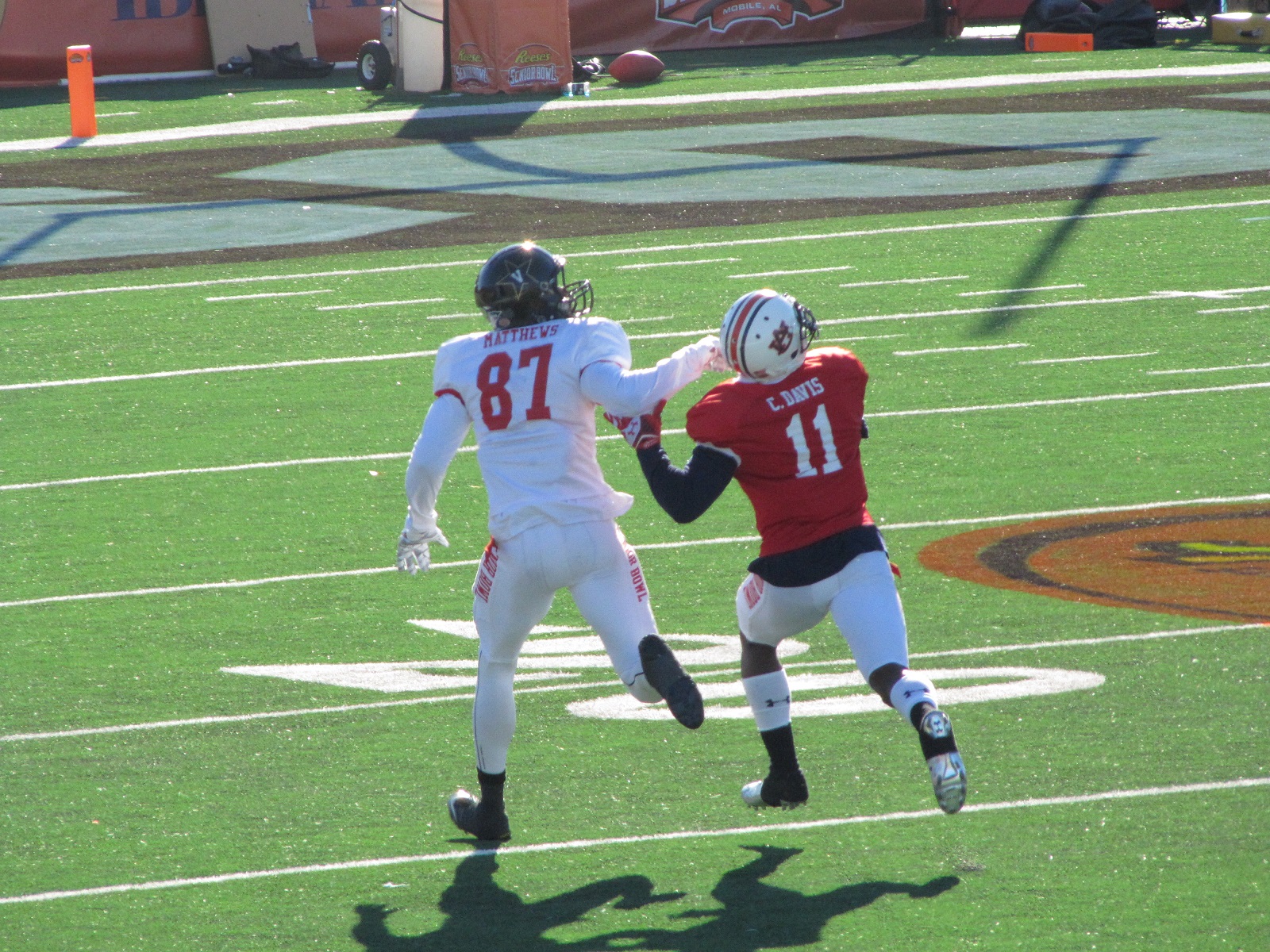 This interview was conducted with Jordan Matthews (WR), Vanderbilt at the 2014 Senior Bowl (postgame). I came out to compete. That’s the biggest thing, cut and dried. Came out to compete against the best and I feel like I did that. You know, with any practice week that you’re going to have, there are going to be some ups and downs. There’s going to be some plays that you wish you could have got – there’s going to be some plays that you got. And the biggest thing is to always compete and getting better and staying positive. And that’s what I came out here to do and I feel like I accomplished that. So now, since this is over, I’m just ready to go back to training and get ready for the Combine.

I think my competitiveness, and I think that and work ethic kind of go hand-in-hand. Just on the field and off the field, I don’t think there’s any receiver in this draft that competes more than me to be where he wants to be. And I just think my big play ability. Just when you think I’m out of the game, I can always make a play. That’s just something that God has blessed me with and it’s just something that I want to continue to do to glorify Him.

It was a great feeling. I think the biggest thing was just the confidence in ourselves. We always had some great players, but when Coach Franklin and his staff came, we really felt like we were going to put those talents to use. We were able to turn around the program and I was blessed to be a part of it.

You can’t come into a week where you’re going to have to showcase your abilities and think you’re not going to have to put in some extra time. That’s the biggest thing you should do because it is a short week. You should make sure you get as many extra reps as possible, watch as much extra film. You know, talk to those guys, see how they like to throw the fade ball, see how they like to throw the slant. Just need to continue to work and I’m just glad I was able to work with them.

The biggest thing is just you gotta keep working. The NFL is what have you done for me lately. If you ever let up, if you ever take that chip off your shoulder, somebody else is going to come up passing you. Whether it’s somebody on your team or somebody that’s going to be coming in the draft, like me and these guys are about to be coming. The biggest thing is to always keep that chip on your shoulder and keep working the way you want to be.