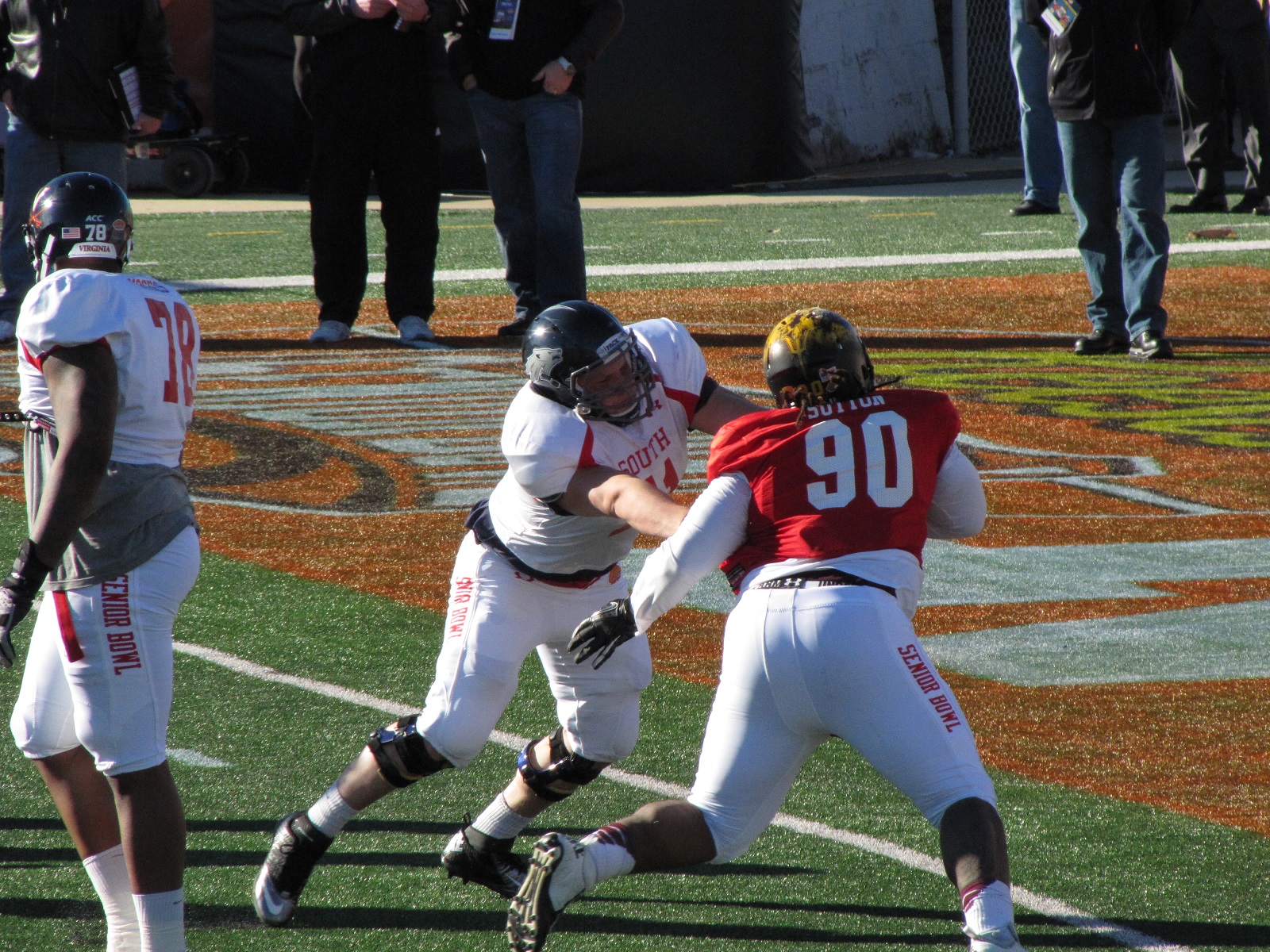 This interview was conducted with Will Sutton (DT), Arizona State at the 2014 Senior Bowl (practice). On what we are going to see on Sundays from him

You’re going to see a guy with great character, I’ll tell you that. A real good knowledge of the game.  Someone who is explosive. May not be making the play every time, but is going to make an impact somehow.

Man, that’s tough! I can’t even say that. There’s so many great players – like Carl Bradford who decided to declare for the NFL. Me and him last year were the top sack leaders in the nation. Chris Young, who’s at linebacker – he makes me right. I make a move and he feeds off me. I’ll even take an offensive player. Marion Grice is just a versatile player. I’m sad he couldn’t be here this week. I could take a bunch of guys. Alden Darby – he played in the Shrine Game and had two picks in the Shrine Game.  Osahon Irabor at corner. Robert Nelson at corner – he had 8 picks this year I want to say. We just had a bunch of talent this year.

My teammates. That’s the big thing. We have a bond, a special bond. Our coaches installed that it’s about relationships. That’s how teams get good. I see the Florida State guys and I see how they’re all close. That’s what it takes to win Championships. That’s what I’ll miss the most.

Yes, I have talked to them (Bears). It was just a regular, informal interview to get to know me. A couple of teams have come up to me. Dallas and the Bears are a couple of teams that I have been watching throughout the season and I know they need D-linemen. I’m just trying to make an impression. They ask just simple questions – you know, like “How’s my life at home” – things of that nature.

You know, I don’t know. Usually, a 3-tech is one of the most athletic guys on the line, so there are a bunch of 3-tech guys who could play the end, or could go play the nose. So, it’s just a matter if teams want to use a guy as a 3-tech or use them somewhere else.

It’s tough. It’s like deciding what college to go to, what agent to pick. There’s some decisions in life that are tough and I think I made the right decision. I don’t look back and regret it at all.

Yeah, it was hard.  I had to get used to playing at a heavier weight.  And I knew that it was going to be a challenge all season because offenses were going to start scheming for me. I’ve been under the limelight in past years, playing with guys like Vontaze Burfict and guys in that area.

I finally got the appreciation that I kinda deserved. It was a matter of me taking it upon myself to where I just need to get better, even if it’s just my strength, I needed to make it better.

On the fact that his weight went up from 280 lbs. in his junior to 320 lbs. now and how he did that while still keeping his agility

You gotta workout. You just can’t eat and sit around. You have to get your body used to it. You gotta go out there and run, lift, go hit the sled and just work on your football in a different way.

Somebody who is mentally tough, smart, you know, take an extra hour or two to get in the film room and study the opponent and show a great knowledge of the game.

You know, they pretty much know a lot right now. What they are pretty much looking for is if I still have my quickness and my first step and that’s what I need to showcase.