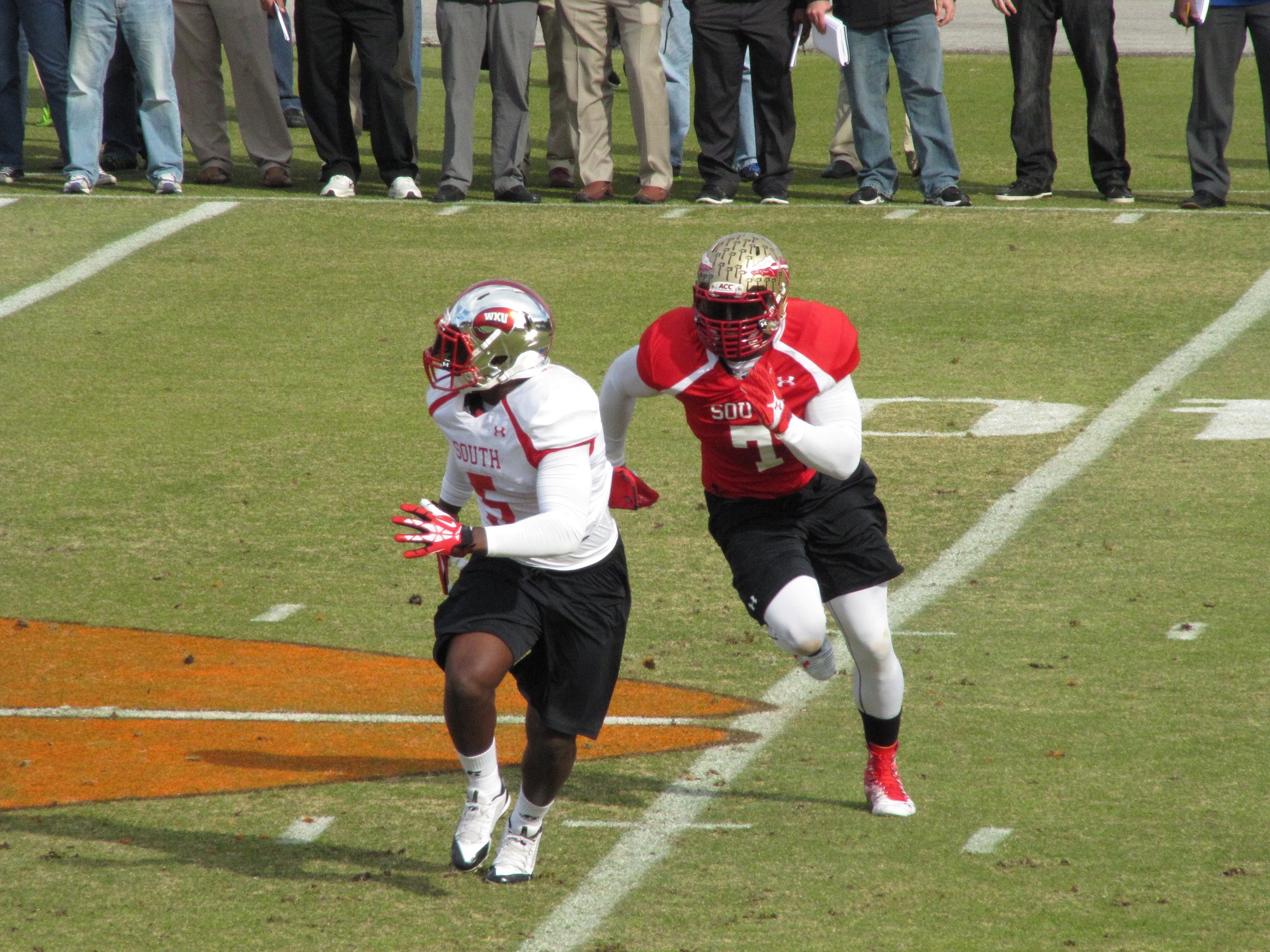 This interview was conducted with Christian Jones – ILB – (Florida State) at the 2014 Senior Bowl (practice). It means a lot.  I’m out here being with some of the top players in college football. For me it feels special because my dad played in it and it feels good to follow him here and be able to be a part of it.

It was an awesome season! We were able to do something that most Florida State teams couldn’t do – we went undefeated and we won a National Championship. There have been a lot of great teams at Florida State and we were just happy to be the one team to go undefeated and bring that title back to Tally.

I think the best moment prior (to the championship) was when we overcame in the game against Boston College. A lot of people doubted us. Throughout the years, we always had those games where we slipped up. That could have been one, but we stayed together and persevered. That was a turning point of our season.

I don’t know- I feel like I can do a lot of different things. I feel most comfortable at outside SAM or WILL, either one. But I feel confident enough that if they put me at any spot, I can do just as well.

I think my versatility. And I think they’ll like my character too!

Just not to stress out about it. I take everything day by day. Some people get overwhelmed by this whole process, but I’m taking everything slow. Even at practice. We’re under a microscope – we’ve got all those GM’s and all those scouts out there. But then again, you’ve got to look at it – football is a game and you just got to go out there and have fun. That’s what I’ve been doing. Just enjoying the whole process.

Ooh! We had some good players at our school so every time we lined up against our offense, I had some good competition. We were prepared for anybody we played. I feel like the guys who played us the toughest this year were probably from Boston College and Auburn. They played us tough.