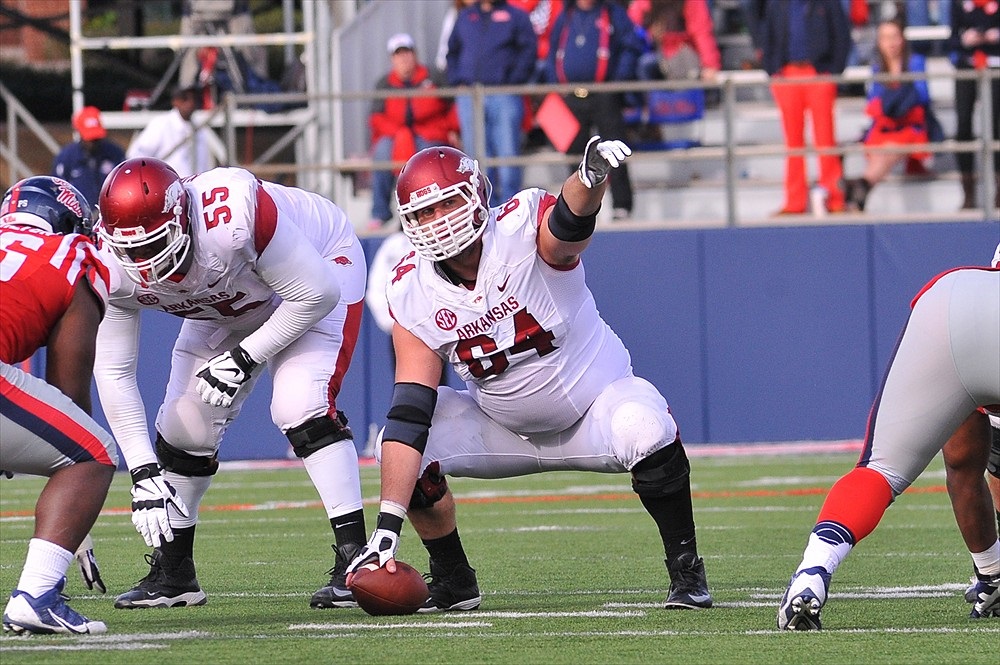 It means the world.  They go through a long, strenuous process to pick who gets to come here.  It’s the best of the best who come here, so you get to compete against the best.  When the competition is at it’s highest, that’s how you get better.

It’s only as hard as you make it.  You’re going to go through adversity – regardless if it’s in football or just life.  It’s just how you handle it.  If you’re going to pout about some things, you’re just going to make it harder on yourself. So it’s really just how open-minded you are.

I think the SEC, what people have said, is the best conference in college football.  I can’t speak for other conferences, but the guys I went up against were very strong, very big – much like all the guys you see out here as far as offensive and defensive lines go.  So I think it prepared me very well.

Here:  Shoot – any of our defensive linemen here!  But I’d have to say Will Sutton has been a guy that has really stuck out to me these past three days.

From another team:  I’d say Marcel Dareus back in 2010 at Alabama.

Take everything with a grain of salt.  Don’t take any moment for granted because it will fly by and people would kill to be in my situation.

I’ve had a ton of good moments, it’s hard to pinpoint one.  I’d say being elected Captain two years in a row.  They told me there’s only been eleven guys in school history that that has happened to and so that’s probably my most proudest moment.