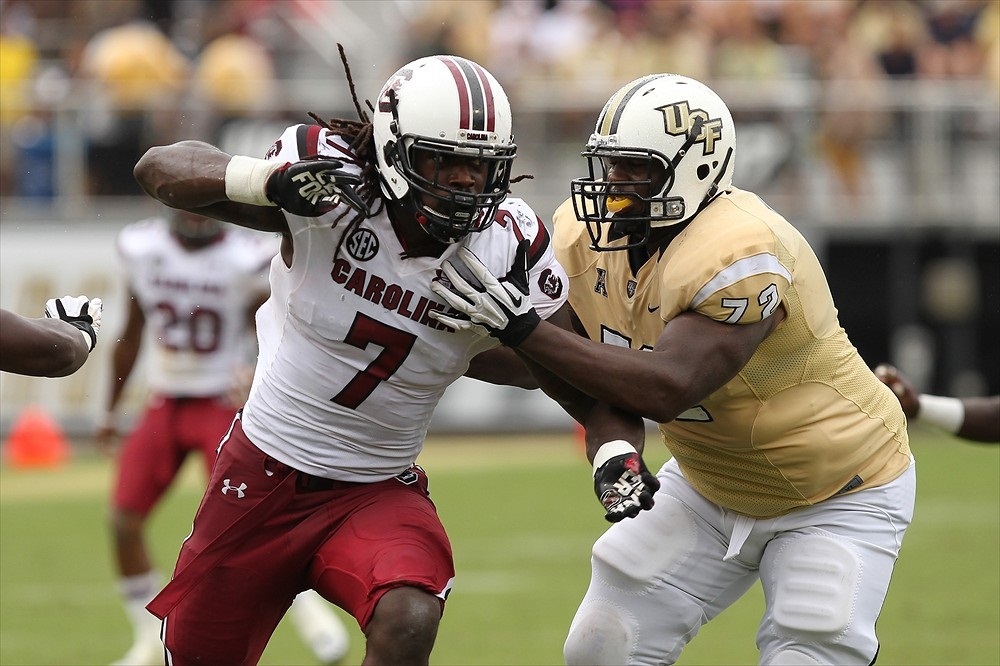 Clowney has been a favorite for the number one overall pick in this draft since he was a senior in High School. Clowney was the undisputed number 1 prospect coming out of High School and it was thought that after three years he would be a top pick in the draft. After his first two seasons Clowney looked to be on track for the top overall pick in the draft. He exploded in his sophomore season, and looked to be every bit the elite defensive end everyone thought he could be.

This year he’s taken a step back as his commitment has been questioned. While it is frustrating to see him take off plays and not give 100% effort, these questions shouldn’t keep Clowney out of the top half of the first round and likely the top 10. At another position it could be a bigger issue, but plenty of top defensive ends have had effort question marks when they came out.