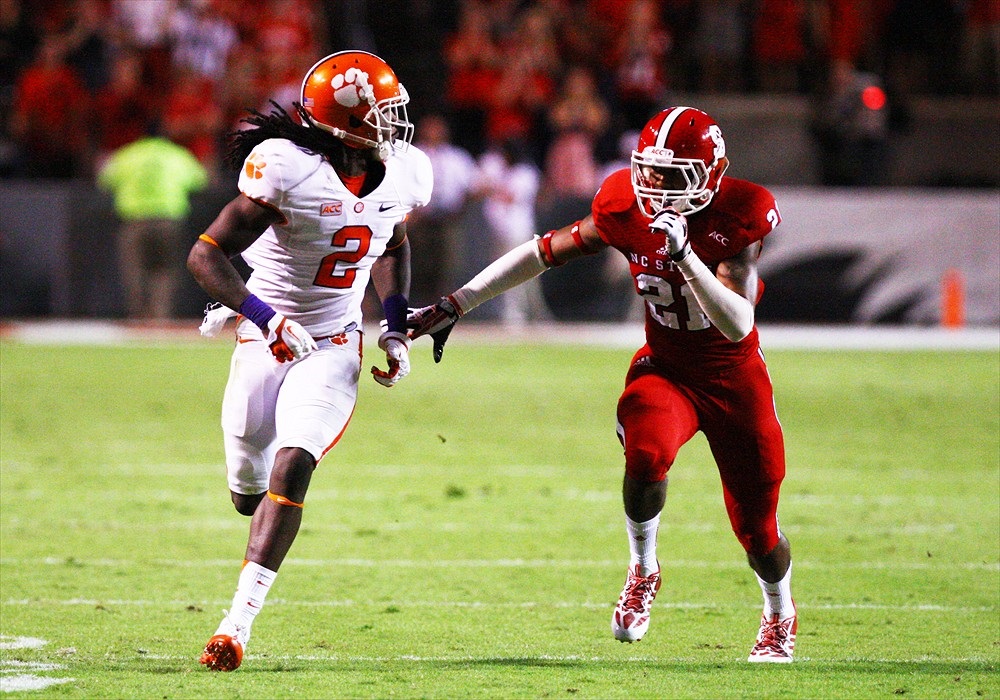 Watkins has big time playmaking ability, not just as a receiver but anytime the ball is in his hands. The Tigers have used Watkins in a variety of ways to do just that. Watkins has incredible open field potential and can be a deadly weapon in the screen game. From a speed, fluidity, elusiveness factor, Watkins is at the top of what you are looking for in a wide receiver. He’s also got good hands and great vision after the catch.

Despite his promise, Watkins does come with some concerns. He had some off the field issues in 2012 which cost him two games. Also Watkins can round off routes at times allowing defenders to catch up to him from the separation he created. He needs to do a better job getting off press coverage quickly as it will be one thing that gets more intense at the next level.

Overall Watkins looks like a lock to come out and be the first receiver taken in the draft, likely within the first 10 picks.