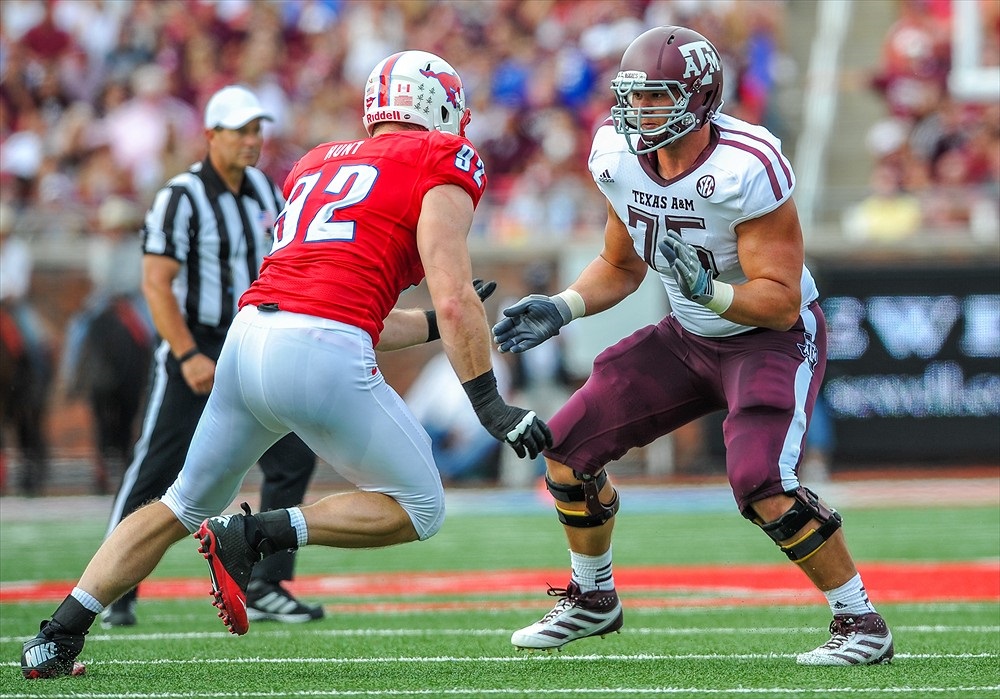 Matthews not only brings excellent bloodlines to the table but will have started for over 3 ½ years, the last two of which have been in the ultra-tough SEC. He’s faced off versus numerous NFL caliber ends and linebackers and has passed with flying colors.

Matthews is a physical specimen, who grades out well in every area you look for in a lineman. If he gets his hands on a defender the play is basically over, as he can manhandle most opponents.

The one slight concern some have with him is he doesn’t have the quickest feet on par with other top tackles. While you may get him with a speed rush every now and then, it’s not a big enough concern for teams to drop Matthews down their boards at all.

He’s probably a better run blocker than pass blocker, but that more speaks to how elite he is in run blocking than a negative towards his pass blocking. Matthews has a firm anchor and uses a strong hand punch to knock defenders off their path to the quarterback.

Matthews is one of the most pro ready prospects in this draft. Not only does he have an extremely high ceiling, but his floor is high as well. He’s one of the safest picks a team can make this upcoming May and he should hear his name called in the top 5 picks.