Senior Bowl Preview: Who and What to Watch 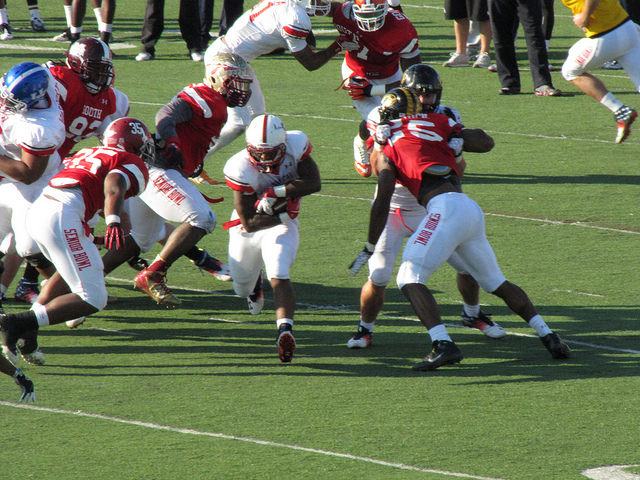 The first thing to remember when watching the Senior Bowl game today is that this is just a very small portion of the scouting process. The practices, the interviews, and even the weigh-in all play a much bigger role than their performance in the game in evaluating a player this week.

This is due to two main reasons: 1. the sample size in the game is extremely small, quarter backs may be lucky for 10-12 attempts in this game, compared to practice when they were throwing the ball probably 50-60 times (at least). 2. the game is more restrictive in terms of what you can do from a defensive perspective, where as in practice you had guys blitzing more or playing press coverage making things much more difficult. Now that is not to say that you can’t watch this game from a draft perspective to gain some insight, but don’t focus on the results.

Two years ago Jake Locker had better “numbers” than Collin Kaepernick, but if you watched the game and saw that Locker got a lot of “yards” from the screen game and Kaepernick’s interception wasn’t his fault. Scouts watch these games based on what actually happens in the play not what the play results in. A quarterback who throws a perfect pass but is intercepted because it bounced off the receivers hands, is going to be viewed far more favorably than a quarterback who throws a seven yard slant that the receiver runs for 80 yards for the score with.

Saying all of that there are still some great stories and players to watch:

South quarterbacks and receivers versus the North defensive backs:

The corners and safeties on the North squad have been far better this week than the South squad so this could be a wake up call for some of the South’s top signal callers and receivers. Any time you see Terrence Williams or Quinton Patton lined up versus Jordan Poyer and Desmond Trufant it should be a fun battle to watch. The lineman battling in practice.

Eric Fisher, Kyle Long, Justin Pugh and company could have their hands full with Ezekial Ansah, Malliciah Goodman, Montori Hughes and John Jenkins. It should lead to some really good match-ups and it will be interesting to see who gets the better of it.

Return Men, who can get the job done:

Both squads feature a number of receivers, running backs and defensive backs who will look to increase their value in the return game. A lot of focus will be on North receiver Denard Robinson, but expect a couple of other guys to look even better. RB Kenjon Barner and WR Marquise Goodwin from the North are two to watch, while on the South team look for DB Robert Alford and DB B.W. Webb to shine.

Wilson has had a big week so far and it would be nice for him to cap it off with a strong game. He’s shown a nice accurate pass and has been better than expected with his footwork. Wilson has worked his way up into the 2nd round range and could continue to see his stock rise.

Has arguably had the best week of any player on the South squad and I’d expect him to keep it up today. Running backs are one position that can get a pretty fair look in these games (rule changes don’t impact them as much), so it should be an intriguing test. He’s shown great burst and vision throughout the week and I’d expect a big game for him. Taylor cutting through the line at practice.

Patton wasn’t as heralded as some other receivers down here this week, but he really was on par or better than the majority of them. Look for him to be a favorite target of the South quarterbacks this game.

Warford really showed well in practice versus the likely first round pick John Jenkins all week and has one more chance to wow scouts. I expect him to have a big day against a pretty formidable North defensive line.

Every time you watched him this week you came away more and more impressed, I would expect that to continue in this game. He’s a big physical kid, with great power and quickness.

Not a high profile guy coming into this week, but he showed excellent speed. Expect him to fly around the field and come up with some big plays. Just a tremendous all-around week for him, look for him to continue his dominance and to cement a top 15 pick status after this game.

He had a big week with a lot of highlight plays, will really like to see him versus Patton and Williams and what instincts he shows on the field.

Really had a quiet, but strong week, showing nice coverage and decision making. I’d expect a big hit or two something that he really couldn’t showcase in practice.

One of my personal favorites, he had an up-and-down week, but the potential is there. I could see him making a flashy play or two, and don’t be surprised if it is a blocked FG/extra point.