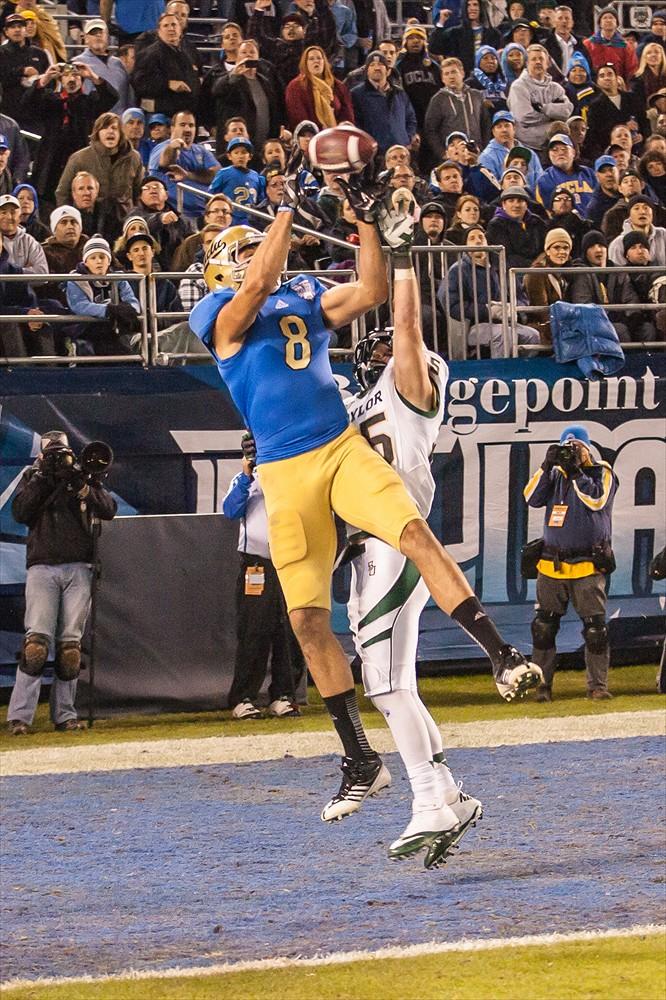 As I head for St. Petersburg, I wanted to preview the East-West Shrine game and the rosters. Here are the top players on the West Roster to follow: Theo Riddick is one of the more intriguing players at the East-West Shrine Game, and not just because he played in the Nationals Championship for Notre Dame. Riddick started his career for the Irish as a back-up running back/return man, but switched positions as a Sophomore to wide receiver. Riddick became the Irish’s 2nd leading receiver in 2010, and also played a big role in 2011. He converted back to running back, and became the leading rusher this past season for Notre Dame. He could project as a hybrid player at the next level, in a role similar to Dexter McCluster in Kansas City. He’s listed as a receiver for the East-West Game, though coaches should let him showcase some at both positions. He will likely never be a star, but with his versatility can be an effective weapon on offense, and would be a good pick-up in the 5th or 6th round.

Motta wasn’t a fulltime starter until this past season, but even prior to this year you could see his future potential. Whenever he was on the field he displayed good coverage instincts and sound tackling ability, which was only magnified this past season when he was named the starter. At 6’2″, 215 pounds he projects best as a strong safety. Though he’s not a top prospect and this is a deep safety class, Motta should be an intriguing 4th-5th round player. In addition to his starting ability he should be considered an immediate contributor on special teams.

Baca is a multi-year starter for the Bruins with experience at both Guard and Tackle positions. He profiles a better fit on the interior and gives NFL teams versatility and leadership. He should get solid attention from NFL scouts in the late rounds.

Fauria is a big physical tight end, who excels at in-line blocking. With his 6’7 size, he should be a match-up nightmare in the short area or inside the red zone. While not a dynamic tight end, he would be a good 2nd tight end or solid starter on a team that prioritizes the run.

Hawthorne is a big physical corner, who displays good speed. He’s got solid ball skills and good instincts. One area to watch this week is his short area quickness and his ability to flip his hips. If he checks out well in that area, he could push his way into the 3rd or 4th round range.

Hyde is a physical corner at 6’1. He can match-up well against bigger receivers but there are questions about his speed. He may be better suited to move to free safety.

Johnson was among the NCAA leaders in sacks this past season, and projects to be an above average edge rusher at the next level. He’s limited with his size and could get exposed in the run game or if he has to drop into coverage in a 3-4 system. He may just be projected to be a situational pass rusher but will find a role given his unique talent.

Boyce plays with good strength and an ability to shed blocks at the point of attack. He projects best in a 4-3, but could get looks as a 5-technique in a 3-4. His strength is in stopping the run, and he gets above average penetration.

Thomas projects well as a free safety at the next level with good speed. He’s got above average coverage ability and is known as a bit of a playmaker. He’s slightly undersized but should be able to develop into a starting role. Expect him to go in the 4th-5th round range.