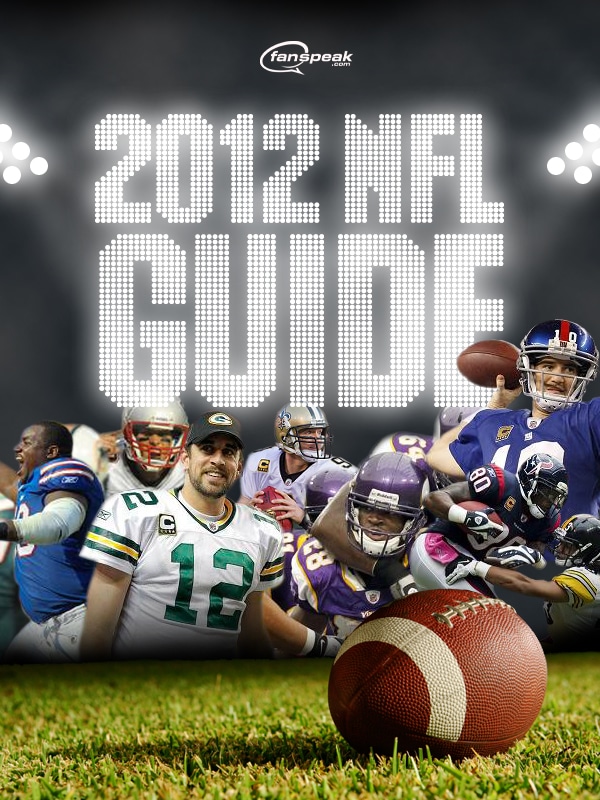 -The Jaguars won’t hesitate to pick a quarterback here if they end up with the top selection. Gabbert was not the choice of the current regime and will be on a short leash.

-This would be a dream scenario for the Raiders as they not only finally get their franchise quarterback, but it ends up being the local product Matt Barkley who they can easily sell to fans..

-The could look at a pass rusher or nose tackle here, but passing up the draft’s best corner could be hard to do. The Colts secondary is a mess right now so adding one top level piece back there has to be a priority.

-The Vikings added their LT in Kalil this past April, but could use a big play weapon for Christian Ponder. Woods is as big play as they come and should quickly develop into a number 1 wide out.

-The Bucs have drafted heavy along the defensive line the last couple of years, but right now don’t have a lot to show for it. With Brian Price out the door, Tampa could look to add an impact lineman to pair with Gerald McCoy. Lotuleli would be a nice complement as he could be the NT in a 4-3 alignment. He’s big, strong and rarely loses at the point of attack.

-The Dolphins receiving corps is incredibly thin and they will probably look to add a couple targets this offseason. Allen looks to be a premium receiver and could be a nice number 1, to grow with Ryan Tannehill.

-The Rams can’t expect Sam Bradford to develop properly if they keep trotting out a sub-standard offensive line. Roger Saffold might be a solid RT and Scott Wells is a good center, but that is about it. Faulk could come in and take over the LT job. Jason Smith is a complete bust and there is little chance he’ll be retained next year.

-The Rams have a number of needs and it wouldn’t shock me to see them trade this pick back to pick up some additional selections. If they keep it, OL, WR, S and OLB are the most likely options. The Rams fixed their CB position this past year, but their safeties are pretty weak, if they keep the pick a big play safety like Reid would make sense.

-The Bucs have drafted heavy along the defensive line the last couple of years, but right now don’t have a lot to show for it. With Brian Price out the door, Tampa could look to add an impact lineman to pair with Gerald McCoy. Lotuleli would be a nice complement as he could be the NT in a 4-3 alignment. He’s big, strong and rarely loses at the point of attack.

-The Cards will likely be looking at either an offensive lineman or a rush linebacker. With a stud pass rusher like Sam Montgomery still on the board I think that will be there call here.

-The Titans need to continue to add pass rushers and Jones is the top one on the board.

-The seem to be in a state of dysfunction and could have a down year. If that occurs I look for them to end the Mark Sanchez charade and look to find a true franchise quarterback. Logan Thomas could fit the bill for them, as he’d fit well with their run oriented offense. Also any formations with Thomas and Tebow in the backfield together is down right scary.

-The Panthers my guess will be looking at one of four different position groups, offensive line, wide receiver, defensive tackle and cornerback. It’s hard to say which position will be the biggest need, but playing in a division with Drew Brees and Matt Ryan could make CB the call here.

-The Seahawks are still struggling to offer quality protection for their quarterback and rushing attack (despite multiple high pick investments into the line). Fluker should be the final piece of the puzzle.

-The Broncos offensive line is extremely thin and will likely be among Denver’s biggest weaknesses in 2012. A guy like Jones is a great option because he can start right away, and is versatile enough to play any position..

-If the Bills miss the playoffs they could look to find Ryan Fitzpatrick‘s replacement. Bray is a major wild card and would probably benefit sitting a year, but he could be the right guy in Buffalo. He’s got prototypical size and arm strength, but just lacks consistency. He’d be a nice fit in Buffalo where he wouldn’t have to be rushed, and he has a strong rushing attack and offensive line to support him.

Check out the Fanspeak’s NFL Guide!