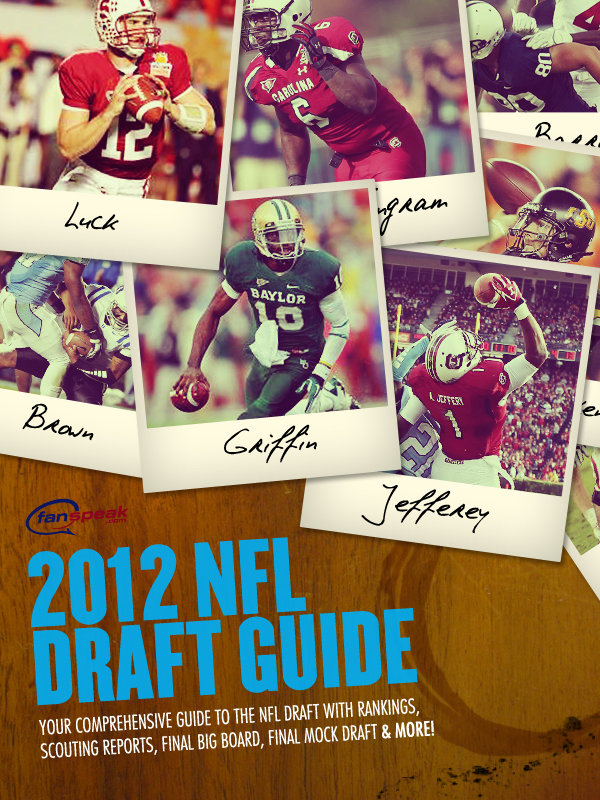 A: Cleveland-KC: The Browns are trying to rebuild through the draft and can pick up some valuable picks these next two years for moving back. The Chiefs make the big jump up, to get ahead of the Dolphins and convince the Browns to pass on Ryan Tannehill. While there is some risk involved, the Chiefs are a great situation for a rookie QB. Kansas City has a stopgap option, so as not to rush Tannehill. In addition they have all the things you want to give a rookie QB: Strong line, great running game, and big play receivers.

B. Miami-Philly: With Tannehill off the board, look for Miami to trade back. Here they pick up an extra 2nd rounder. Philly meanwhile gets an elite corner, and with an extra 2nd round pick, it is well worth the cost.

C. Cleveland- New England: The Browns could look to trade back again (esp. after landing Floyd), and find an intriguing trade partner with the Patriots. Typically New England looks to move back. But they could jump up here to land the top safety. Yes they have to give up their 2nd rounder, but the Patriots will still have 3 picks in the top 2 rounds, and add a couple extra late round picks.

D. Pittsburgh-Green Bay: The Steelers need to bring in as much young talent as possible, so moving back a few spots and picking up a couple extra picks is a smart move. From the Packers perspective, they need to land a top notch pass rusher, and Perry might not be on the board if they wait. While the loss of picks hurts, they can afford it as the received multiple compensation picks this year.

E. New York Giants-Jacksonville: The Giants don’t have a pressing need here, and could use a couple extra picks to continue to build depth. Jacksonville is going to look to add a receiver in the top 2 rounds, and would probably like to jump ahead of some of the teams ahead of them. They desperately want Blaine Gabbert to get comfortable this season, so adding a big play weapon would be a logical move.