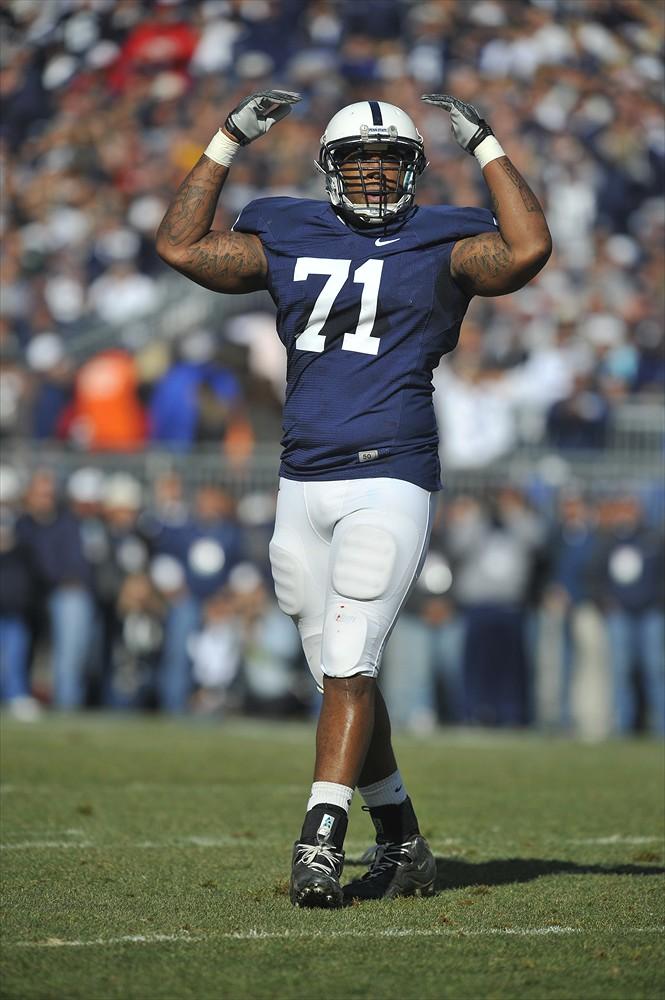 The Chargers offensive line was in shambles last year and needs to be San Diego’s top focus this offseason. Adams is moving up draft boards after his strong Senior Bowl performance, but still could be on the board here. He would be an instant starter for them at one of the tackle positions and exactly the type of pick they need.

The Bears have lacked a big play receiver for quite some time (ever is a possible answer here). While the team could be rumored to trade up for Justin Blackmon, staying put could land them a good receiver as well. Wright has game breaking speed and excellent hands. Some teams might shy away, given his lack of size, but he’s an excellent down field threat.

The Titans could use an edge rusher despite spending a first rounder on the spot two years ago. Coples should help fix their needs on the edge.

The Bengals got another weapon with their first pick, so here they should take best available, which could be Cox. He’s quickly rising up draft boards and could pair with Geno Atkins to really be a force in the middle of that defense. It’s not their biggest need, but its a smart pick here.

The Browns are expected to go offense here, but if Upshaw is still on the board they can add their bookend to Jabaal Sheard. Upshaw can fit either a 3-4 or 4-3, so there is no reason for the Browns not to be interested. Upshaw and Sheard can vastly improve the Browns pass rush ability, and really strengthen that defense.

The Lions will need to address their offensive line in this draft, and tackle is their primary need. Martin is sliding down some draft boards and could be available here for the Lions. Still would add to an already improved Broncos defense.

The Broncos still need help along both of their lines, with defensive tackle being a more primary need. The Broncos tackles played solid this year, but they could use that singular dominant presence in the middle. That is where Still comes in. Still flashes the potential to be an absolute force in the middle, and figures to be both a top level pass rusher and run stopper.

The Texans should look to give Matt Schaub a welcome back gift with this draft pick. Randle would be a nice complement to Andre Johnson, and would move Kevin Walter to the slot (where he is a better fit). A Randle-Johnson combo could be extremely dangerous, and could be the final cog to their offense.

The Patriots need to find some upgrades to their defensive backfield. A unit that was so thin that WR’s had to step in to help during the season. The Patriots defense was at it’s best when Rodney Harrison was patrolling back there, and Barron could be that guy that they are looking for.

The Packers could look at a corner or 5-tech DE here, but I think they might reach a bit for a pass rusher. Branch is a bit of a reach, but he fills the Packers biggest need. He’s an accomplished pass rusher, who takes good pursuit angles. Teaming him up with Matthews would be a major boost for this defense. Given this being a bit of a reach, don’t be surprised if the Packers look to move up for one of the bigger name pass rushers.

The Ravens could look to the defensive side of the ball, but it will be tough to pass up a center like Konz.

The 49ers don’t have a lot of weaknesses, but they could look to bring in a former Stanford player of Coach Harbaugh. While TE isn’t a huge, the 49ers could look to create some mismatches with this pick.

The Pats go in a number of different ways here, but they usually stick with the best player on the board, and here that would be Perry. I know the Pats have already spent one first rounder on the defensive side of the ball, but it is such a need that they could spend both.

The Giants could have some serious TE issues next year as their top two guys, both got injured (very seriously I might add) in the Super Bowl and might not be ready by the start of the season. Allen will be battling Coby Flenner for the top TE spot come April. Allen is probably slightly ahead at this point, but it is close, and if Fleener didn’t have an advantage in San Francisco, he’d probably be first. He’d be a definite pass catching upgrade and should be a nice fit on their offense.