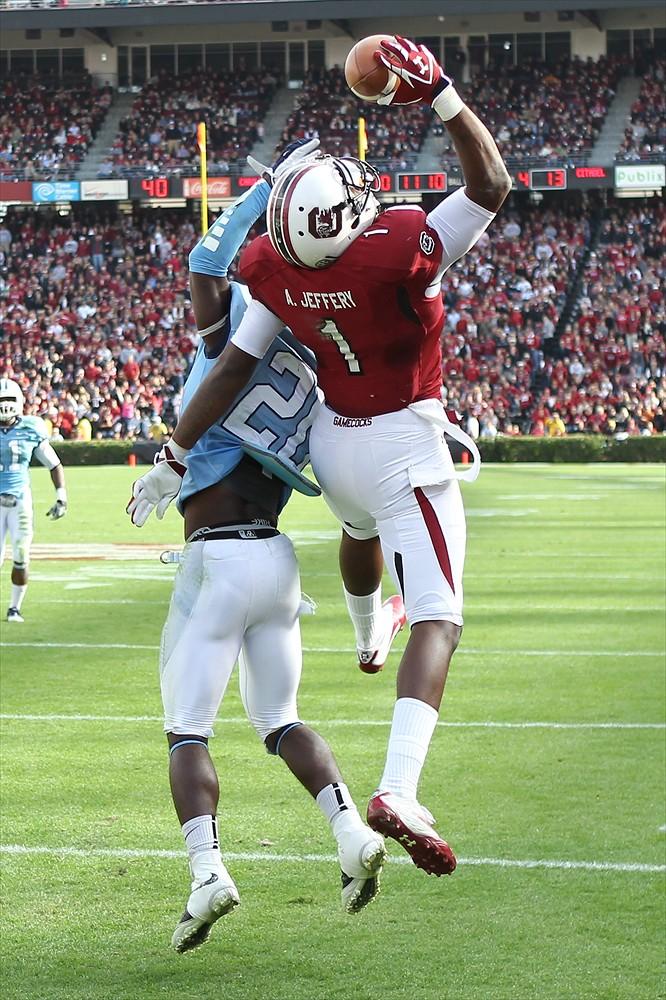 Here are the 5 prospects that helped their stock the most:

(NOTE:  Guys like Robert Griffin, Morris Claiborne and Matt Kalil aren’t on this list because they were already expected to be top 5 talents, and only confirmed that with their Combines). Glenn showed versatility and could be the 3rd Tackle taken in the Draft.

Glenn came into the Combine with many thinking he was limited to Guard. But after a strong showing, especially in the 40 yard dash, I think most teams have to have him listed as a tackle right now. He fits best on the right side, but there are probably 10+ teams in the league that he could start for at LT. His stock should move up into the top 20 range, and has perhaps moved himself up to being the third tackle taken.

Poe had an exceptional Combine, and honestly looked to be the best interior defensive lineman in this draft. He showed fantastic, strength, speed and agility throughout the combine. Reports are that he interviewed well with teams which should also increase his stock. Poe went from being a top 50 prospect, to a top 15 guy. He can fit into any defensive system and should be a hot commodity come April.

Teams didn’t know what to make of Hill when he declared. He obviously had good size and nice athletic ability, but playing for Georgia Tech his numbers were well down. Hill showed teams exactly what they were getting as he put up excellent numbers in the combine, running an incredible 40 time in the 4.3’s. Hill also had an impressive diving catch in the positional drills, showcasing his good hands and dedication. He moves up from a 3rd rounder to the late 1st round mix.

Kendricks looked like a solid 4th or 5th round linebacker prospect heading into the draft. Despite a productive college career, people were concerned with his lack of size and his athletic ability. While Kendricks can’t do anything about his size, he wowed everyone by putting on a show at the Combine. He blew away just about every workout drill and looked very good in the positional drills as well. He now could be a borderline 2nd round prospect and should go by at least the early 3rd round.

Gilmore has been a tough guy to project throughout the draft season. On one hand he’s got this great hype and measureables, but on the other the production wasn’t there.  Gilmore did a nice job confirming that he had elite speed and athleticism, and he looked very fluid in the positional drills. Now I think he is a borderline 1st round pick, after being in more of the bottom of the 2nd round range.

5 Prospects who hurt themselves the most:

Coming into this past season many thought Burfict had the potential to be a top 15 pick, but after multiple red flags kept coming up he looked to be more of a late first-early 2nd round guy. He needed a strong Combine to rise up into the top 15 again, but instead he fell flat on his face. He was very slow in both the 40 and positional drills, and lacked strength in the bench press. It was pretty clear that he hasn’t been working out, and given his red flags his stock is plummeting. He could very well fall to the late rounds, that is how bad his performance was.

Harris was dismissed from the team, which made him decide to enter the draft. While there were some red flags there, his ‘game breaking speed’ was thought to keep him in the top 3 rounds discussion. Unfortunately he ran in the 4.6’s, which basically nullified his biggest strength. In addition he looked pretty bad in the positional drills, which should make most teams pass on him until the late rounds.

Jones was a guy who had been flying up draft boards pre-Combine, and was considered a potential top 50 pick. While the combine started off strong for Jones with a solid 40 time and decent measurables, his positional work was extremely sloppy. His footwork was a mess and his pad level was consistently high. I think he’s more of a 4th rounder who projects as a better rotational or situational player than a starter. How far did Jeffery's stock fall after the Combine?

This might be a bit unfair to Jeffery since he didn’t workout, but that is a big problem for me. Jeffery who actually measured in 2 inches shorter than he was reported (which didn’t help), decided to not workout despite no apparent injury. Even top rated receiver Justin Blackmon, benched and did the positional work despite an apparent sore ankle. Also other high ranking receivers Kendall Wright, Michael Floyd and Nick Toon all did at least partial workouts (including the 40 and positional work) despite missing some training time in the past month due to injury. Jeffery not working out really set him back, especially with so many receivers looking good in workouts. I think he could fall into the late 2nd round range.

Charles had been seeing his draft stock rise to the top of the TE chart. And with Cody Fleener not working out due to injury, Charles had a chance to really cement his stock. Yet he declined to run the 40 or any of the other workout drills, with the exception of the bench press. He then preceded to drop some balls in the positional drills, and didn’t complete one of the drills, which showed a lack of focus. I think he went from being a top 40-50 pick to more of a 3rd rounder.