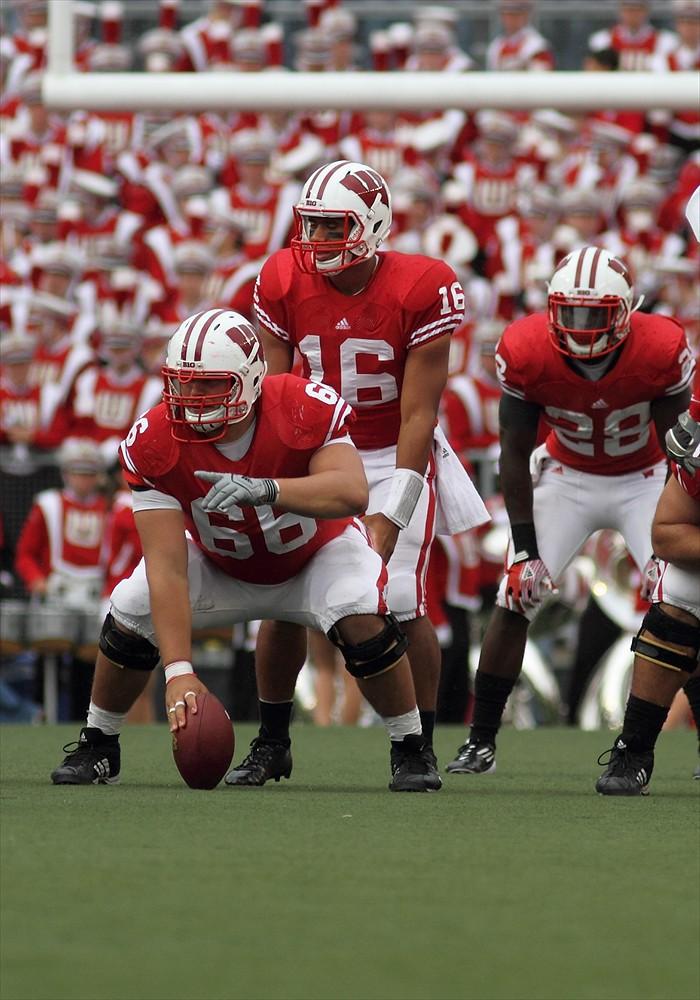 One of the Bengals top priorities this offseason is strengthening their rushing attack. Adding the best RB in this draft would be a surefire way to do this. Richardson should be a stud, but falls some due to lack of need or undervaluing of the position by other teams. The Bengals would gladly make this pick, as a top running back could be the key for this offense.

The Chargers can go in a number of different directions here, but I think they might look at Hightower. It’s not the most pressing need, but he does help and is simply too good to pass up here. Konz will continue to upgrade the Titans offensive line.

The Bears have lacked a major interior presence on their defensive line for a couple years now, and that should be fixed with this pick. Still is probably a top 10 talent, but he could fall given the lack of need at the position. He is an instant upgrade for the Bears, and could be a major force next to Julius Peppers.

The Titans have one of the better offensive lines in the league, but their one weakness is in the middle. Konz could make this unit the best in the league, which is exactly what the Titans need as they will start to transition to Jake Locker at QB.

The Bengals got their running back, and now surprise some people with this pick. Adding Glenn at guard would be a huge benefit to this offensive line, and should keep Dalton and Richardson at their most effective.

The Browns need to find another target for their new quarterback, and Floyd is the best receiver on the board. Him and Little could team up to give the Browns to big play targets. Combine them with Griffin and you have the makings of a pretty devastating passing attack.

The Lions will need to address their offensive line in this draft, but with most of the top guys taken, look for them to turn to CB as their next biggest need. Jenkins at this spot is good value, and could give the Lions the top notch cover corner that they are lacking. If Detroit loses Cliff Avril though, DE could be the pick here as well.

The Steelers are going to have to replace Casey Hampton this year, and given the importance of the NT position, expect for them to address it early. Poe is a nice big body to fill in the middle of that 3-4 defense, who excels in the run game. Pittsburgh will likely consider offensive linemen and CB’s here, but it will be hard to pass up a top NT.

The Broncos still need help along both of their lines, with defensive tackle being a more primary need. The Broncos tackles played solid this year, but they could use that singular dominant presence in the middle. That is where Worthy comes in. Worthy flashes the potential to be an absolute force in the middle, and figures to be both a top level pass rusher and run stopper. The Texans should look to give Matt Schaub a welcome back gift with this draft pick. Jeffery would be a nice complement to Andre Johnson, and would move Kevin Walter to the slot (where he is a better fit). A Jeffery-Johnson combo could be extremely dangerous, and could be the final cog to their offense.

The Patriots need to find another pass rusher, as both of their top two guys are free agents and on the wrong side of 30. Perry might work best in a situational role early on, but has really good potential down the road.

Adding a pass rusher has to be key for the Packers this season. Unfortunately this position has gotten pretty picked over. Next on the Packers need list is adding another 5-tech, which is where Thompson fits in. He won’t generate the rush exactly like the Packers want, but he’ll help get after the QB some.

Burfict’s temper could get him to fall somewhat in this draft, but I see the Ravens not letting like his slip by. And honestly it would be a good fit, because Burfict can learn the position from a true star, Ray Lewis, who has the ability to take control of the locker room.

The 49ers don’t have a lot of weaknesses, but they could look to strengthen their secondary with this pick. Barron is the top safety available, and should fit in well with San Francisco’s aggressive defense.

The Pats go in a number of different ways here, but they usually stick with the best player on the board, and here that would be Cox. I know the Pats have already spent one first rounder on the defensive line, but it is such a need that they could spend both.

The Giants could have some serious TE issues next year as their top two guys, both got injured (very seriously I might add) in the Super Bowl and might not be ready by the start of the season.Flenner is a good fit for the Giants as he fits their mold, as a guy who can block as well as catch. Some might consider this a slight reach, but he’s a talented kid, but will get overlooked due to a number of teams being set at TE.