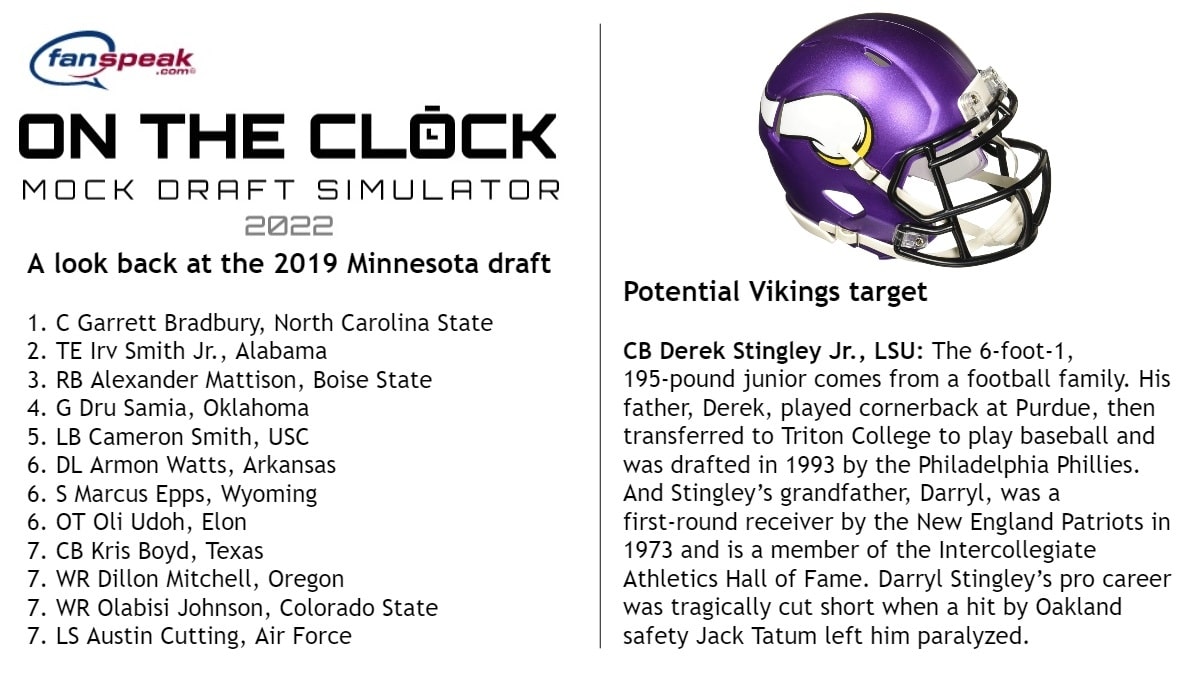 How will Minnesota coach O’Connell and GM Adofo-Mensah impact Vikings’ draft decision in Round 1?


You can almost hear an audible groan from Minnesota Vikings fans whenever the name Tyler Linderbaum comes up. Sure, he’s a nice prospect, but are you sure he’s going to be a better pro than struggling starter Garrett Bradbury, a 2019 first-rounder? And doesn’t the team need a cornerback? Or even another playmaking receiver? And … More »


Minnesota’s coaching change likely means the team will transition to a 3-4 defense. That’s easier said than done – and it will likely take two-plus years. For starters, defensive end Danielle Hunter could be a cap casualty, as he’s scheduled to make more than $26 million in 2022, with a roster bonus of $18 million … More » 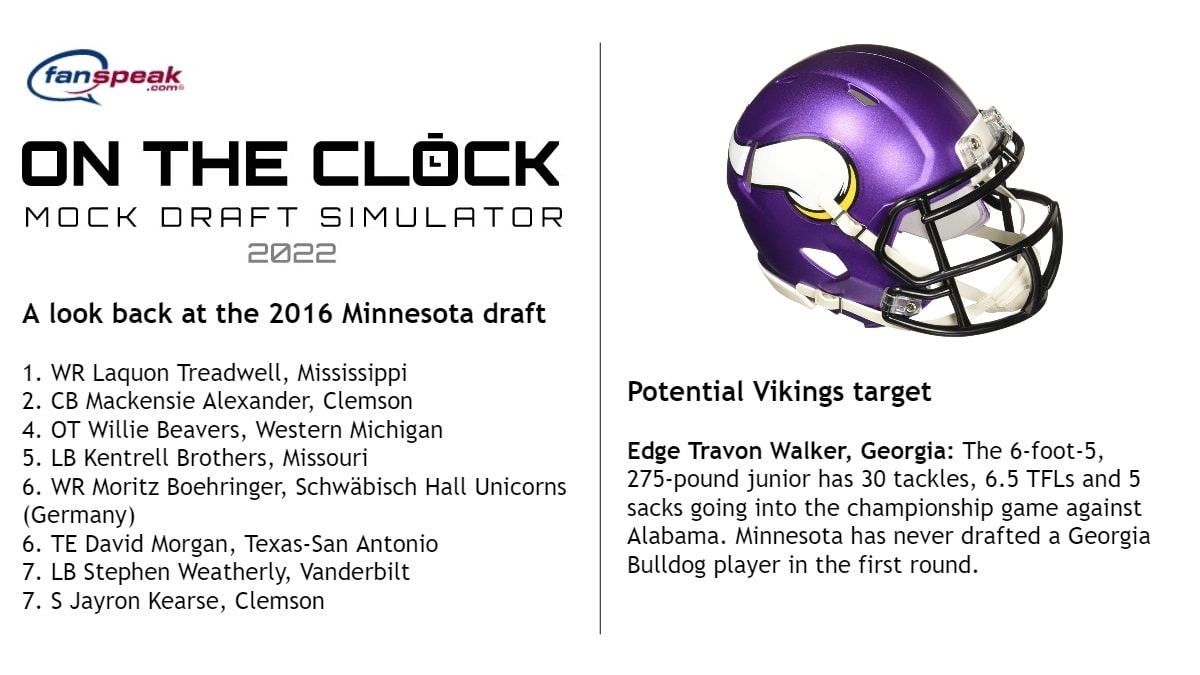 
You can’t predict the future, but you can figure out what Minnesota is likely to do in the first round of the 2022 NFL draft. Consider the following: “Trader Rick,” the nickname for Vikings GM Rick Spielman, has made 36 draft-day trades since taking over in 2012, including the last two drafts which led to … More » 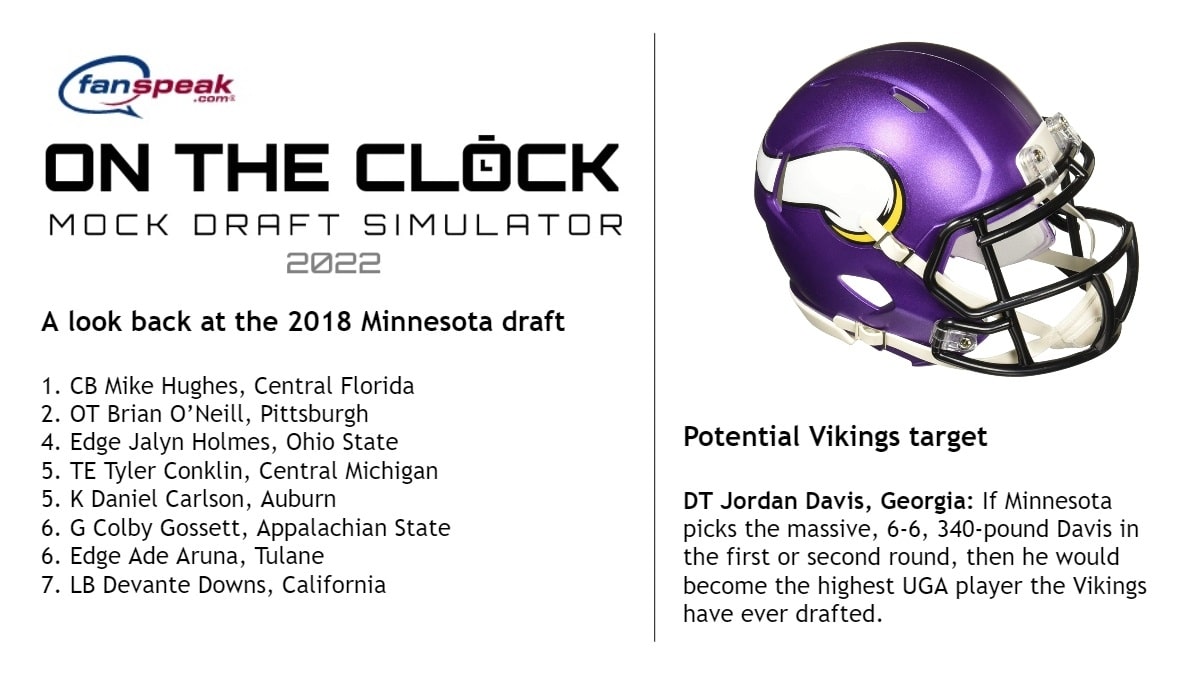 Will Minnesota Vikings have more luck in 2022 NFL draft?


It seems ridiculous to push the panic button so early in the season, especially after your team lost its first two games by a combined four points in two heart-breaking nail-biters. But that’s where the Minnesota Vikings find themselves heading into its Week 3 matchup against the Seattle Seahawks. Making matters worse? The lack of … More »