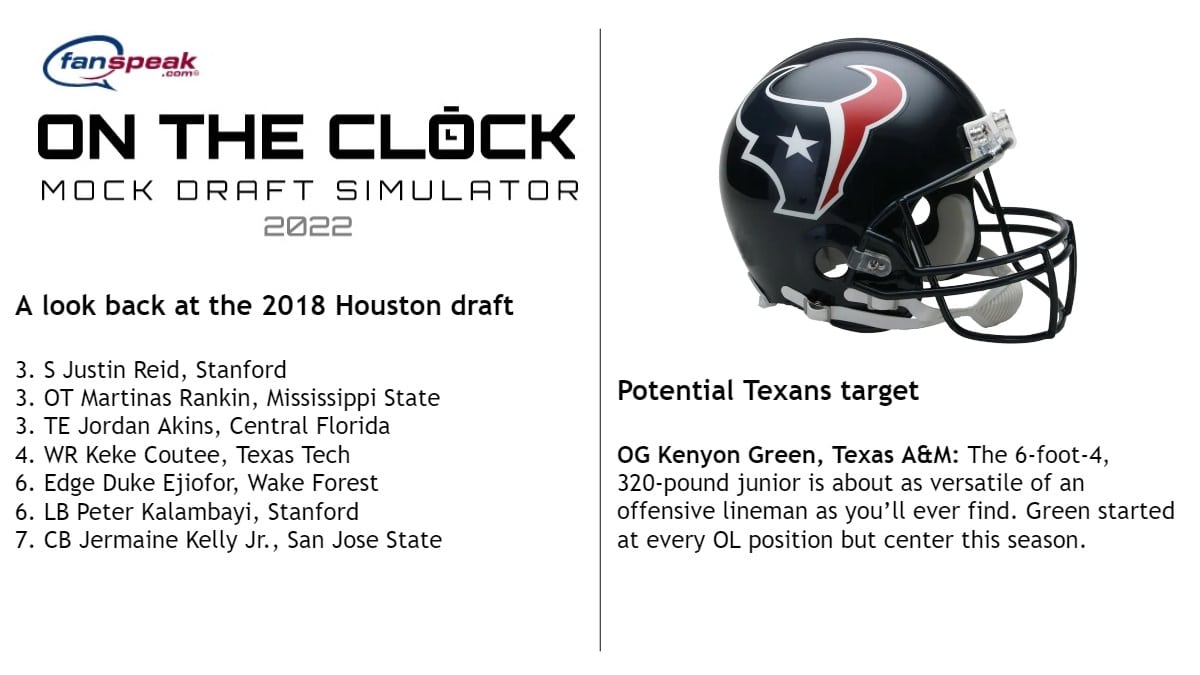 It doesn’t make sense for Houston to draft a QB, despite what GM Caserio says


Zach Wilson of BYU was drafted by the New York Jets last year with the No. 2 overall pick. After him was North Dakota State’s Trey Lance, who went to San Francisco. Then there was Ohio State’s Justin Fields, who fell to Chicago at pick No. 11 overall. None of them had a better year … More » 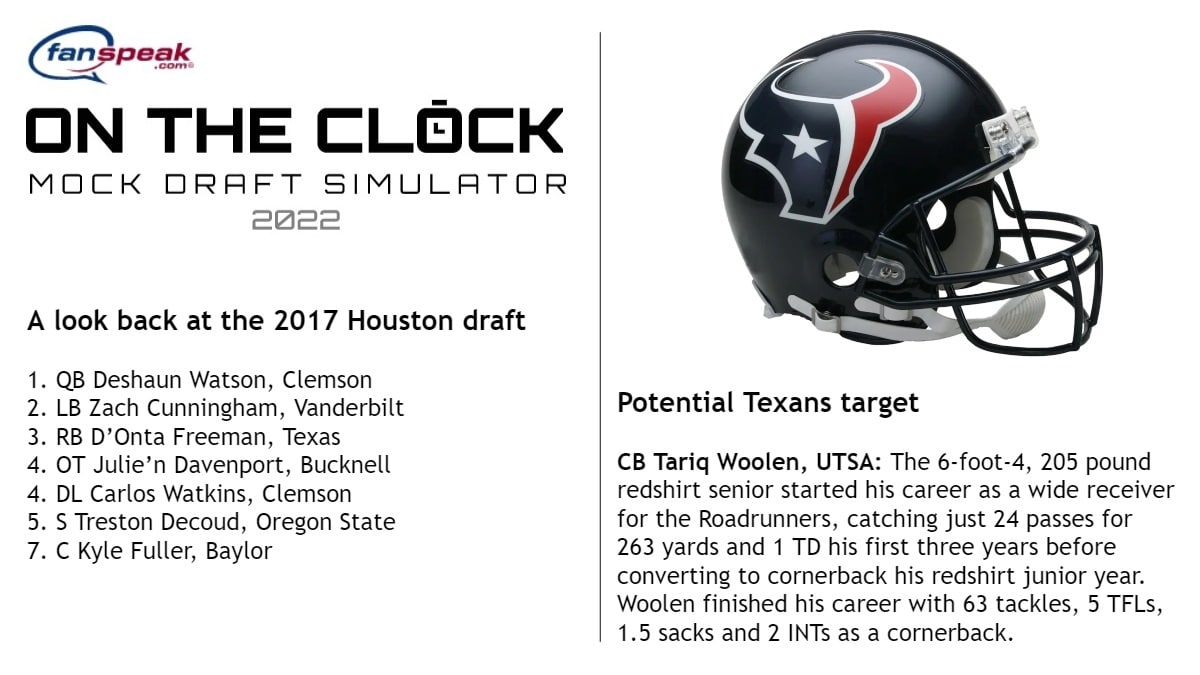 
With as many as 12 starters set to hit free agency, Houston has a long list of needs this offseason. Is quarterback one of them? That depends on whether the Texans like the top QBs in this draft enough to take one with the No. 3 overall pick. Otherwise, Houston will need to stick with … More »

Will Houston Texans bypass a QB in the first round again?


There’s nothing worse than being desperate for a quarterback with a high draft pick during a year when there’s no consensus best option at the position. But that’s where Houston finds itself right now. Not bad enough to have the No. 1 overall pick, in need of a roster overhaul, and in limbo with its … More »