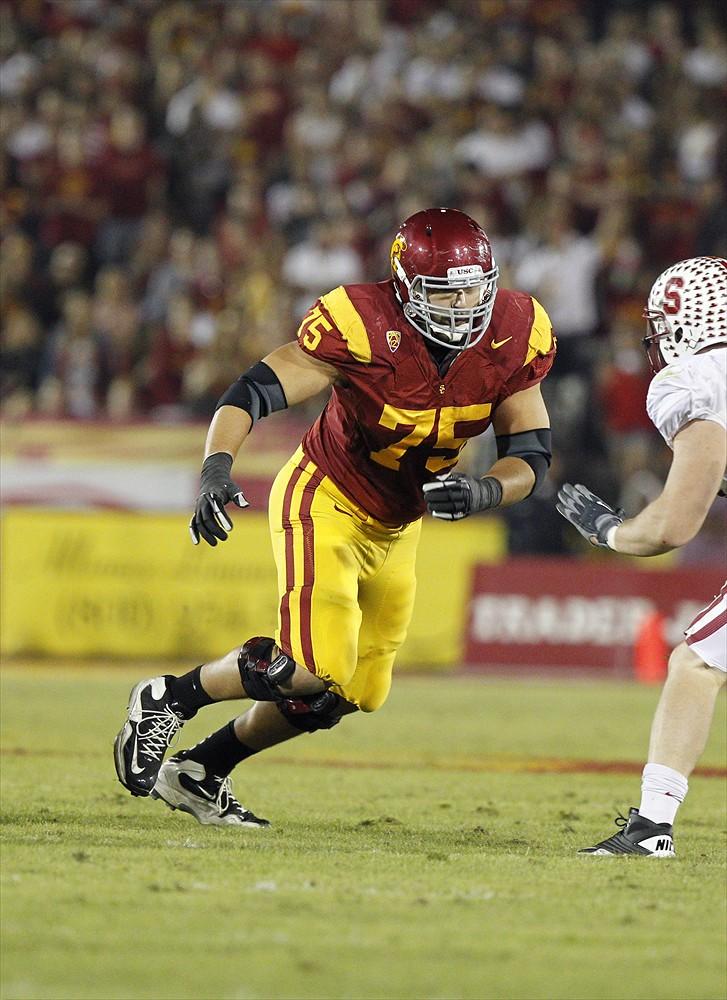 Kalil will be an All-Pro LT at the next level.

Kalil is the top offensive tackle in this draft and a strong candidate for the 2nd best prospect after QB Andrew Luck. He has all the tools to be the next elite offensive tackle and he should be a day one starting left tackle. Kalil has the talent and skill set to play in any scheme, and should be off the board pretty early in April’s draft.
USC has sent two other tackles (Sam Baker and Tyron Smith) on to the NFL as first round picks in recent years, and Kalil is better than either of them. He’s arguably the best tackle prospect since Jake Long, and looks to have a long All-Pro level career.

Matt Kalil 2012 Draft Projection: 1st round – Should be the first tackle off the board, and should go in the top 5 picks.